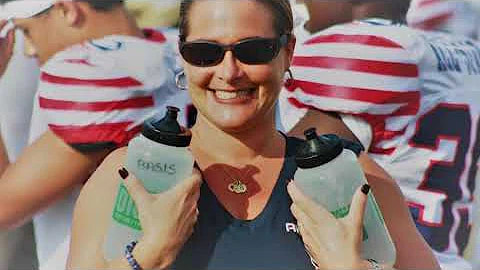 ​​On October 4th 2019 Mindy Basis contracted what seemed to be the FLU at the time. 10 days later her conditioned continued to deteriorate landing her in ICU. At the hospital it was discovered that she had double pneumonia in both lungs and her condition was critical. After several days on a ventilator the decision was made to transfer her to JFK hospital where she would be placed on an extracorporeal membrane oxygenation machine also known as (ECMO). While on ECMO miraculously her condition improved and her life was saved. Listen to her story now, as she timelines her journey and fight for her life.

In October 2017, my dad thought he had food poisoning but we made him go to hospital anyway. He didn’t want to go. Hospital kept him for almost 2 days before anything happened. Just observed him. Then his blood pressure dropped and they moved him back to Emergency department. Still only observing him. Then he stopped breathing and they pit him straight onto ventilator. I ran back to hospital as I had been at work. They told me they didn’t know what was wrong but were trying to find out. They tested his bowl. That was not it. Then they moved him to ICU and sent us home. At 3am the next day, I got the call. Come now. The doctor met me at the door and explained that they still didn’t know what was wrong and were still testing him but it was confirmed as being bad. His heart had already stopped once. He was on dialysis and blood pressure still dropping. My dad was in a coma. He was on very strong anti biotics. All they could do was try to treat him as they went along. I was told he would pass soon. Someone took the glasses from his face and gave them to me. Those glasses are now one of my most prized possessions. I was then asked if i wanted them to do CPR when his heart next stopped and it would stop. I was told the CPR may not work and would cause broken ribs and even if it did work, would need to be done again soon. He was still ventilated. Still on dialysis. I had been told he could have no more blood pressure medication. His blood pressure was still dropping. I told the doctor to please make my dad comfortable. At 7am, I was told to come to the bedside and they closed the curtain around us. I saw the zero on the screen and I knew what it meant. By the time my dad died, his doctors still did not know what was wrong. It was suggested I request an autopsy, which I did. However, the doctors thought it was likely sepsis. A few months later, the autopsy came back. It was gram negative sepsis. The source of infection was a cat organism and my father’s immune system had been very weak. I never knew what sepsis was until my dad died from it. To this day, I swear it is the most insidious thing I have ever seen in my life. It is so hard to detect too. In the beginning, it looks like many other illnesses. I now tell others about it and tell them that if a loved on is in hospital, always ask if it could be sepsis.

First of all, thank you for all you and your wife do to bring public awareness to ARDS!

My story begins on Memorial Day, 2017. I had enjoyed my holiday weekend and was relaxing at home in preparation for the upcoming work week.  Late that evening I noticed my tongue began to swell so I took some Benadryl with no relief - my tongue continued to swell.  We didn't live far from a major hospital so my then husband drove me to the emergency room.  By the time I arrived at the hospital my tongue was so swollen I could not swallow my own saliva or fully close my mouth. The ER staff asked me if I had taken Lisinopril, a blood pressure medication, and I said yes, every day for the last six months.

I was rushed to an exam room and within minutes I had several medical staff attending to me.  Two different techs attempted to insert an IV while the doctor was asking me questions...that is all I can remember from that night. Over the next few hours I would become critically ill...I would go through cardiac arrest in which my heart stopped for 12 minutes due to lack of oxygen.  My blood oxygen level dropped down to 30 percent, my extremities were turning blue, and a juvenile breathing tube was inserted because my tongue and airway had become so swollen.  I was essentially breathing my own carbon dioxide.  Early the next morning I was transferred to the ICU where I would spend the next six weeks, unaware of my situation, fighting for my life.

During my time in the ICU I would be diagnosed with respiratory failure, ARDS, bilateral partially collapsed lungs, pneumonia, MRSA and eventually foot drop. I was placed on a ventilator and later a trach and feeding tube. I was kept in a specialized bed bed that rotated to keep my lungs from filling up with fluid.  I would undergo lots of testing like CT scans, chest x-rays and eventually an MRI once my body was able to tolerate the testing. Prior to leaving the ICU, I would once again go into cardiac arrest and experience nightly "spells where my blood pressure would become dangerously high along with high fevers.  The doctors believe that during one of these spells I suffered a minor stroke.

After six weeks in the ICU, I was transferred to a specialty hospital while still on the ventilator, trach and feeding tube.  I would spend five weeks at this hospital more aware of my situation and my environment.  I would endure almost daily hallucinations and nightmares as a result of the extremely high doses of pain medication I was receiving.  I would be closely monitored by respiratory therapists and eventually weened off the ventilator and trach once my lungs were strong enough.  I began working with physical therapy and occupational therapy every day to start regaining the muscle mass and strength I had lost.

I was then transferred to an inpatient rehabilitation facility where I would spend the next 9 weeks going through daily therapy.  I worked with physical, occupational and speech therapy every day because I couldn't sit up on my own, brush my own hair, or yet swallow solid food. I would transition from using a hoyer lift to a wheelchair...to a sit-to-stand... to a modified walker...to a walker and finally a cane. I left there still using a walker but gaining strength and confidence with a cane. I then spent the next 6 months going to outpatient physical therapy and finally able to use just a cane.  I still have weakness and balance issues because of my foot drop and weakness in my left arm because of the stroke.

The IV that was being inserted when I first arrived in the ER and prior to my losing consciousness ended up infiltrating and I did not receive the medication I desperately needed. But rather the medication burned my left hand/forearm leaving it "black and crusty" from the burns.  My hand was eventually treated during my time in the ICU but not before the internal damage had been done.  Due to the lack of oxygen, my fingers and wrist joints began to degenerate like I had severe arthritis.  Thankfully my orthopedic surgeon was able to treat the severe burns and ultimately save two of my fingers that another doctor was ready to amputate.  After months of rehabilitation I underwent surgery on my wrist to remove the damaged bones leaving with limited range of motion.

I'm no longer able to work in healthcare like I so dearly love, but I'm forever grateful each and every day to be alive! The medical staff repeatedly told my family that I was a miracle patient having survived ARDS.  My parents were preparing themselves for my condition to require lung transplants, spend the rest of my life on oxygen, or to be partially paralyzed by what my body went through. I still have nightmares and flashbacks, but eventually I hope to forget the traumatic events I went through. But I will keep telling my story, keep fighting to get stronger, and bring awareness to ARDS.

Thank you again for allowing me to share my story with you!!

I had ARDS in 2000 when I took an overdose and when given charcoal I aspirated and it lead to ARDS. Back in 2000 Covid wasn't an issue so I was blessed to have family with me almost 24/7. I now have pulmonary fibrosis(my lungs look like ground glass from all the scarring) therefore when I get sick all the infection gets stuck in those scars. I spent 3 months in the hospital on a vent and then trached. I was awake for the 9th chest tube not pleasant--My trach being suctioned felt like I was drowning. I'm lucky my lung function is almost back to normal. Though 3 months in hospital lead to trauma in itself and I still dissociate when I'm back in hospital settings. 150,000 people in the US get ARDS yearly and more worldwide and 50% don't make it. You can get ARDS many different ways.
Just because someone lives and comes home doesn't mean things are all better--families and loved ones end up with their own trauma issues seeing their loved ones have to fight for their life and at times not make it.

The Story of Jane Garnett

Jane Garnett lives in Roanoke, VA where her sepsis journey all started with a sore throat on 02/09/2014. Today she still struggles with all of the aftermath that sepsis and a long ICU has on your body. Please click on the pictures below for her full story.​